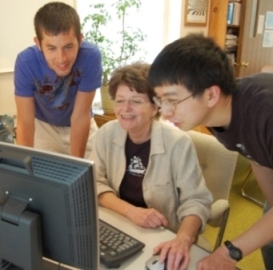 Professor Rodgers is chair of the department. She recently coproduced the documentary, In the Footsteps of Newton, which was featured at MathFest, the national meeting of the Mathematical Association of America. John Wiley & Sons published her book, Learning to Reason: An Introduction to Logic, Sets, and Relations. The game space she designed for it received a Merit Award from the Society for Technical Communications. She developed the software program Groups Unlimited for her book, An Introduction to Algebraic Structures. She won an Aegis Award as coproducer of the documentary, William Blake: Inspiration and Vision. Before Hanover, she taught at Kent State University for ten years, worked for an international software company in Sweden and England, and worked in the theater in New York. She also enjoys landscape gardening and classical piano. 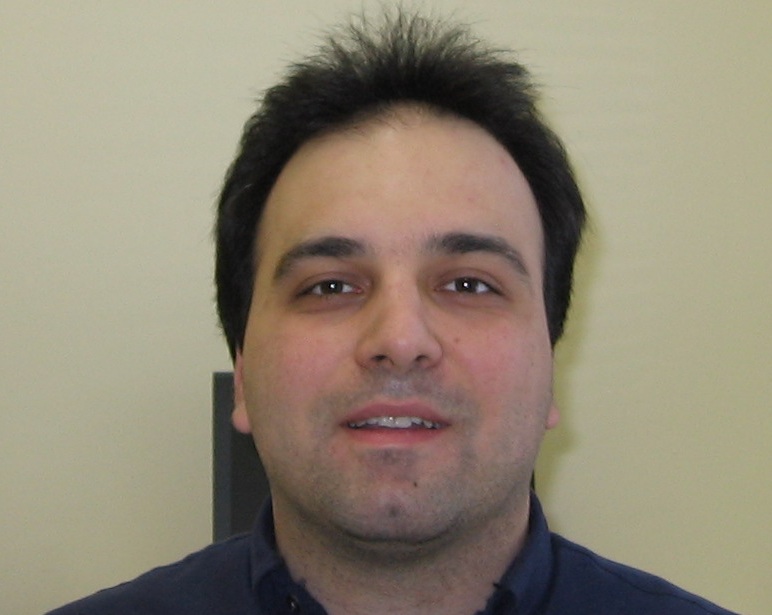 Professor Skiadas came to Hanover in 2006, after finishing his doctorate. He has taught a number of mathematics courses at the University of Chicago, and also at Illinois Wesleyan University, where he was a Visiting Instructor for one year. His current interests include Theoretical Computer Science and Discrete Mathematics, as well as a growing interest in Computational and Applied Statistics. He is particularly interested in the ways that computers can enhance the students' learning experience. Dr. Skiadas enjoys programming, cooking, juggling, and going to coffee-shops.

Professor Wahl has been at Hanover since 1993. She previously taught at Sonoma State University in California. Her current research activity centers around the PanthR project (in collaboration with Haris Skiadas and Bill Altermatt), which will be an open-source freely available statistical analysis tool, running in the web browser. See: https://github.com/PanthR She frequently teaches courses in applied statistics, data structures, computer algorithms, discrete mathematics, and theory of computation, among others. In her spare moments, she enjoys being crafty (knitting, sewing, quilting), cooking ethnic food (Indian, Thai, Korean, Mexican, Italian), choral singing, gardening, camping, and rooting for the University of Michigan athletic teams. 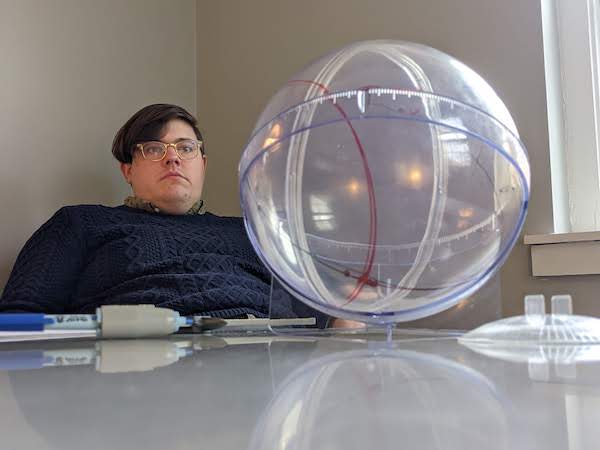 Dr. Burdick came to Hanover in 2021. Previously he taught mathematics for two years as a Visiting Assistant Professor at University of California, Riverside. Before that he taught mathematics for five years as a graduate student at University of Oregon. His research interests include differential geometry and topology. See Dr. Burdick's personal webpage for more information about his research and details of classes he teaches at Hanover. Outside of teaching, Dr. Burdick enjoys reading, cooking, playing with his dog, and traveling with his partner.